The Floating Tax Strategy In The Construction Industry 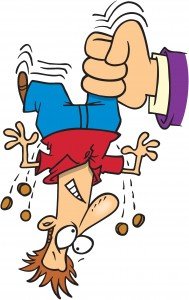 An Interesting Revelation About An Unfortunate Practice

Through recent research it has come to our attention that a vast majority of the construction industry has been running their business by simply evading the taxes that they own. Not that this is always intentional, as we honestly believe a lot of these individuals simply don’t know how to properly handle their finances. It is a practice that we have seen many times with the supply houses. the home improvement business will use the line of credit to get them through the month constantly trying to catch up to this ever grow debt ceiling. Playing this type of game is a lot more dangerous with the IRS and it is scary to think just how common of a practice that it is.

Pleading Ignorance Will Not Get You Anywhere

A lot of of skilled laborers eventually decide that they are sick of working for someone else and that they can just start their own business. Yes, nearly anyone is free to do just that. But the problem here is that they never really take the time or energy in order to learn how to properly run a business. They go into it with a trade mentality and a very small percentage of them can make any money at it. It is a shame because often times these individuals are very skilled workers, capable of completing truly impressive work. As an independent contractor, they have a certain level of “flexibility” when it comes to paying their taxes and a lot of their jobs they can just accept cash and totally disregard all that complicated paperwork.

The business has officially been incorporated and things seem to really be going good the first couple years. The profits are all in line, customers are happy with the work, and a strong referral base is starting to form. Each month, all the bills are getting paid and there is more then enough left over to cover any personal expenses. Then all of a sudden you get that dreaded letter or phone call and the IRS introduces themselves. It seems that you have not been properly calculating the amount of taxes that you are supposed to have paid and that the past due amount, plus a substantial amount of interest, is now due. Those juicy profits were nothing more than illusion because if you would have calculated the taxes coming out of them in the first place then it would have been apparent that all the jobs were being underbid. The only option is to work for the next 10 years, making next to nothing, in order to pay off the balance or to fold up shop and possibly file for bankruptcy. Obviously, most faced with that decision choose the latter to the detriment of customers and suppliers alike.

It Is Almost Like Taking Out A Loan, From The Mob

In a way, it is sort of a start up strategy in that it can help you to stay alive longer than you would have without using such a technique. However, it would be much better to have simply taken the time to learn the proper math and to then slowly build your business the right way. That is not as much fun though, and most people do not have the self discipline to accomplish this. The scary thing is that this debt epidemic affects not only the construction industry, but over 70% of the American population in general. It is just interesting in this specific instance that the IRS is unwittingly being used like a bank giving out a loan. You never know, maybe they will just never catch you. They are going to have to perform an audit before they find anything out, and even then they can only go back 7 years if they find anything unsettling. But if they do catch you with your pants down I can promise you that you will be wishing that you had bought that flux capacitor for sale on ebay so that you could travel back in time to avoid the whole situation.