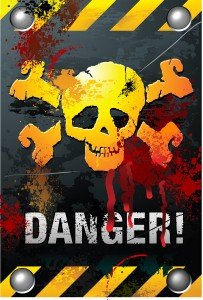 Once Again, Its Tax Time

It like christmas time for business owners! The question is, have you had to file an extension this year? Most years, we are forced to do so but were not planning on doing it this year. However, once again we got caught off guard and are left scrambling to catch up a bit. What we are going to talk about today is how to prepare for the worst and plan for the best. But what does that even mean?

Do You Want The Good News, Or Bad News First

Lets just get it over with and talk about the bad stuff first. Every business owner has faced tough times, if you haven’t yet get ready to in the near future. It is just part of business, and of life in general. Many times, we learn are most valuable lessons from these unexpected tragedies. Yet for many, even the smallest of speed bumps can take you down if you aren’t ready for it. Preparing for the worst means assuming that every situation will work against you. A good example to use is your estimated quarterly tax payments. Now, it is a little counterintuitive because if business is good you will have to pay more taxes, which is being equated with a negative connotation here. None the less, paying to little into your estimated tax payments can leave you in a situation in which you owe a whole bunch of money all at once, money that you may not have anymore. Preparing for the worst would mean that you estimate high, or stockpile enough cash in case of a bad situation. That way it will only sting when you get hit with a high tax bill, but you will not be taking out a “loan” from the IRS. Trust me, they are not people that you want to do business with regularly.

Problems Identified, Now It Is Time To Take Action

You have taken the above principle and applied to to every facet of your business. Now, you clearly see how everything in the world can come tumbling down at any second and are left feeling a little depressed. Dont despair, this is where you get to show your true resolve and creativity. Put specific plans in writing for each and every of these negative situations so that should they ever arise you don’t even have to think about what to do. Many of these hypothetical disasters will require all you time and energy to just emotionally deal with, by coming up with a logical plan way ahead of time you can simply follow your own instructions. Of course you will need a little flexibility because each situation will be unique when it presents itself, but at least having a solid framework will prevent you from acting irrationally because of stress or other emotional issues.

Everything Is Going Great, Why Would I Mess With That?

It is surprising to hear how many of businesses end up failing because things were “going to well”. Growing can be dangerous, especially if you do so to quickly or unprepared. Quality can disappear quicker than some cake left in front of a fat kid, and before you know it your reputation is mud. Those loyal customers that help you build your dream all turn on you instantly, leaving you out to dry because they now feel alienated or even wronged. Those are just a few of the potential operational issues, even more often we hear once again about absolute power corrupting. Money & authority tend to go to a persons head and they thus end up spending to freely or treating others as if they are worthless. Before you can blink your eyes, that humble and down to earth small business owner has turned into a flashy jackass. He no longer puts in the same hours as everyone else, but just stops in for a few hours each week. He pulls into the parking lot in a quarter million dollar car and proceeds to verbally assault his employees as he makes his way into the building. The best of times can be even more dangerous then the worst, because on top of all these problems you are also much more likely to have everyone and their cousin trying to take you down. Jealousy is a powerful emotion that influences us all and whether it is your coworkers or competition, most people don’t want to see you succeed. So try to remember, once you have reached the top of your game you need to really hunker down and prepare for battle.